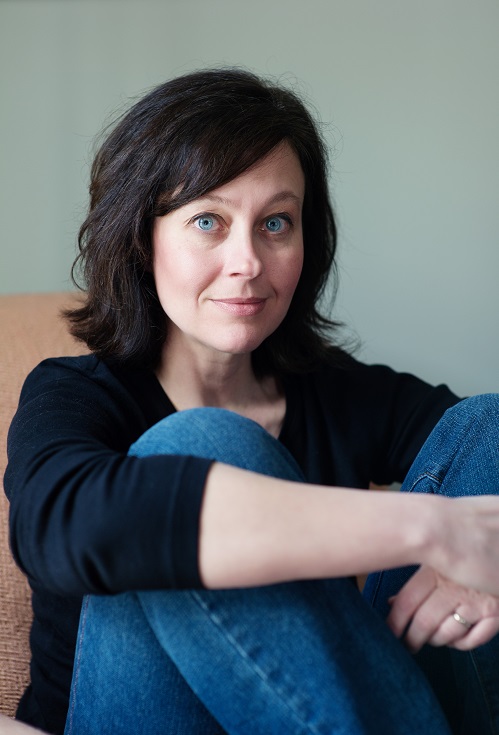 Fourteen-year-old Elanor Moss has always been an outcast who fails at everything she tries—she’s even got the fine, white scars to prove it. Moving was supposed to be a chance at a fresh start, a way to leave behind all the pain and ugliness of her old life. But, when a terrible car accident changes her life forever, her near-death experience opens a door to a world inhabited by Madeline Torus . . . Madeline is everything Elanor isn’t: beautiful, bold, brave. She is exactly what Elanor has always wanted in a best friend and more—their connection runs deeper than friendship. But Madeline is not like other girls, and Elanor has to keep her new friend a secret or risk being labeled “crazy.” Soon, though, even Elanor starts to doubt her own sanity. Madeline is her entire life, and that life is drastically spinning out of control. Elanor knows what happens when your best friend becomes your worst enemy. But what happens when your worst enemy is yourself?

“Stewart’s debut novel is a riveting page-turner with real empathy and compassion.” —Booklist

“Stewart crafts an eerie and suspenseful novel that stands out from its contemporaries.” —Romantic Times

“This debut novel delves deeply into a possibly psychotic character or, perhaps, one who may be experiencing paranormal events… This may be Stewart’s first novel, but she exhibits a practiced skill, keeping events ambiguous enough to have readers guessing throughout… A most intriguing book and debut.” —Starred Kirkus Review

“A dark, compelling story of love, loneliness and obsession spun out of control…chilling, heartbreaking and nerve-wracking in the best possible way. It grabbed me by the throat on page one and didn’t let go until the end.” —Laura Wiess, author of Such a Pretty Girl and Ordinary Beauty

“Creepy and addictive, Barbara Stewart’s The In-Between left me with both an acute distrust of what my eyes see, and an overwhelming fear of falling asleep. This psychological thriller definitely thrilled me.” —Jodi Meadows, author of the Incarnate trilogy 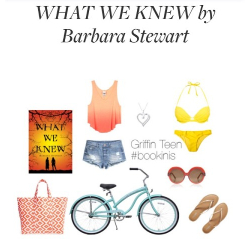 “The end result is not only tragic, but also tells an entirely different story of secrets and deception; readers come away understanding that there is always more than meets the eye… The characters are rough around the edges-they smoke and drink. They also take care of one another and will ring true to teens. Older readers looking for a book that unravels the truth in an unconventional way will enjoy this urban legend” 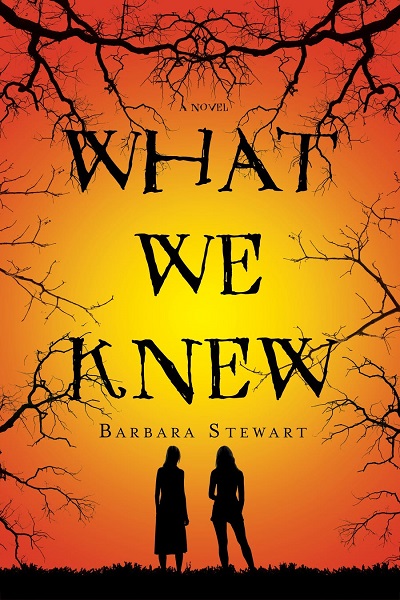 “Stewart weaves a story of mystery, fear, and the strains that growing up puts on friendship in this psychological tale. Best read with the lights on, this narrative asserts that the truth is often far scarier than childish myths, and far more likely to hit close to home. Stewart’s suspenseful creepfest explores the nature of paranoia, the limits of loyalty, the pursuit of vengeance, and the ways that friendships change as young people come of age.”

“When I was little, I imagined a monster: Scaly hands. Pits for eyes…”

When Tracy and her best friend, Lisa, were kids, stories about a man—a creep who exposes himself to little girls—kept them out of the woods and in their own backyards. But Tracy and Lisa aren’t so little anymore, and the man in the woods is nothing but a silly story. Right?

But someone is in the woods. Someone is watching. And he knows all their secrets, secrets they can’t tell anyone-not even each other.

Lisa’s just being paranoid. At least that’s what Tracy thinks. But when a disturbing “gift” confirms her worst fears, it sets the girls on a dangerous journey that takes them beyond the edge of the woods. They swiftly learn however that reality is more terrifying than the most chilling myth, and what they find will test the bonds of friendship, loyalty, and love.

“Once upon a time, two girls were lost in the woods.”

In Barbara’s Stewart’s What We Knew, Tracy and Lisa can’t destroy the evil they’ll face, but can they stop it from destroying each other?

The In-Between
What We Knew

The In-Between (paperback & ebook)
What We Knew (ebook)